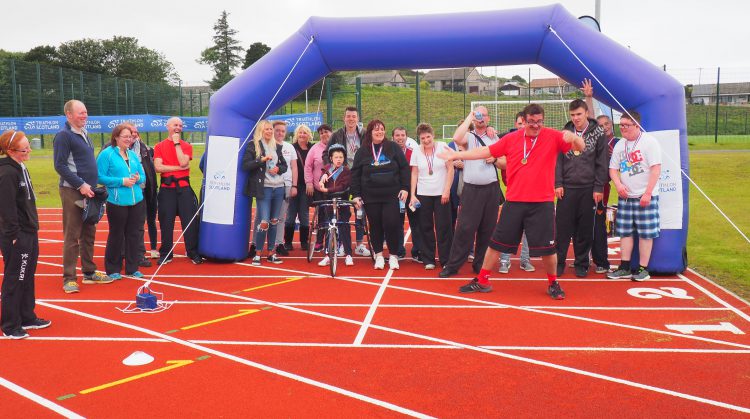 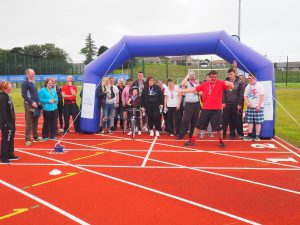 As part of Triathlon Scotland’s ‘Scottish Para Come and Tri Series 2017’ in conjunction with Scottish Disability Sport & local partners, people from Grampian of all ages with a range of physical, sensory and learning disabilities took up the opportunity to swim, run and bike at Banff Academy on the 26th August.

The 14 participants were tasked with completing one of two distances: A 300m swim, 4km cycle and 1200m run; or a 100m swim, 1000m cycle and 400m run. The cycle was completed as loops round the playing fields and the run took place on the fantastic new Deveron Community and Sports Centre 400m tartan track.

Participants were invited to bring their own bikes. However, for those without their own bike, the Triathlon Scotland team was on hand with a fleet of bikes, acquired through generous funding from the CashBack for Communities Facilities Fund.

Andy Redman, the North of Scotland Regional Development Officer for Triathlon Scotland, praised everyone that took part & noted that “all performances were outstanding”. He also commended the fantastic support that the parents, carers and others accompanying the athletes offered on the day. An enjoyable time was had by all.

One of the participants was Craig Dillon (pictured in action on his RaceRunning bike), who took on all three disciplines with gusto and thoroughly impressed the Triathlon Scotland team. When asked what he thought of the day, Craig said “yeah, good”. Craig is very keen to take part in more triathlon events in the future & particularly enjoyed the swimming element of the event.
Thanks go to Andy & Calum from Triathlon Scotland, the Enable Group in Banff, Charles (the Duty Manager at the facility), and Andrea McIntosh who volunteered on the day. 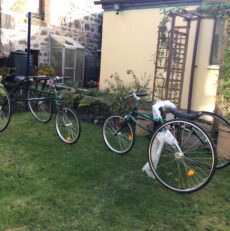 Boost for Para Athletics in Moray with New Equipment 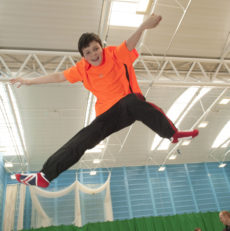 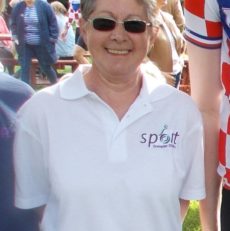 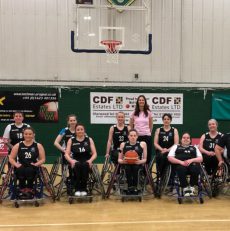 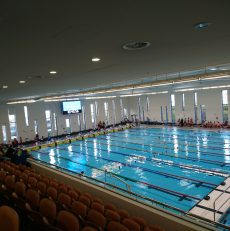